Gracie, My Harlequin Princess, Heart Dog, the Wild One... 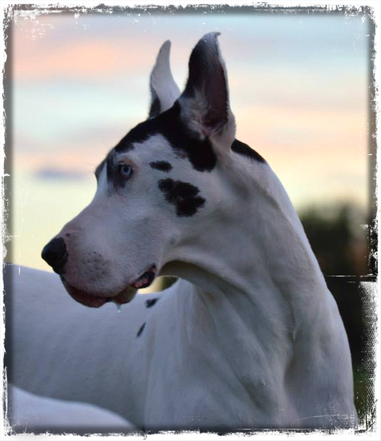 I fell in love with the look of the old BMW Great Danes and I wanted to own a harlequin with those bloodlines and style.  I went﻿ looking in the USA and found more than I could ever have imagined.

﻿I started out wanting another Dane to show, Gracie became so ﻿﻿very much more than ﻿﻿that...

Gracie is a beautiful athletic girl with intelligence and drive.  Structurally sound and healthy.  Always out going and friendly.  Gracie is everything a Great Dane should be with a little something extra and a pedigree full of the BMW bred dogs that I love and adore.

Gracie and I earned her Canadian Championship with limited showing.

I have also done obedience training with Gracie. It is always fun putting all of her intelligence and drive to use in obedience, rally-o, and whatever else strikes our fancy.  Barn Hunt seems to be a favorite of hers that we will pursue in 2017.

Gracie ﻿passed all of her breed specific health tests.  Eyes ﻿and thyroid were normal, heart good via echo-cardiogram and hips OFA excellent.  OFA link above in blue font.
﻿﻿﻿﻿ 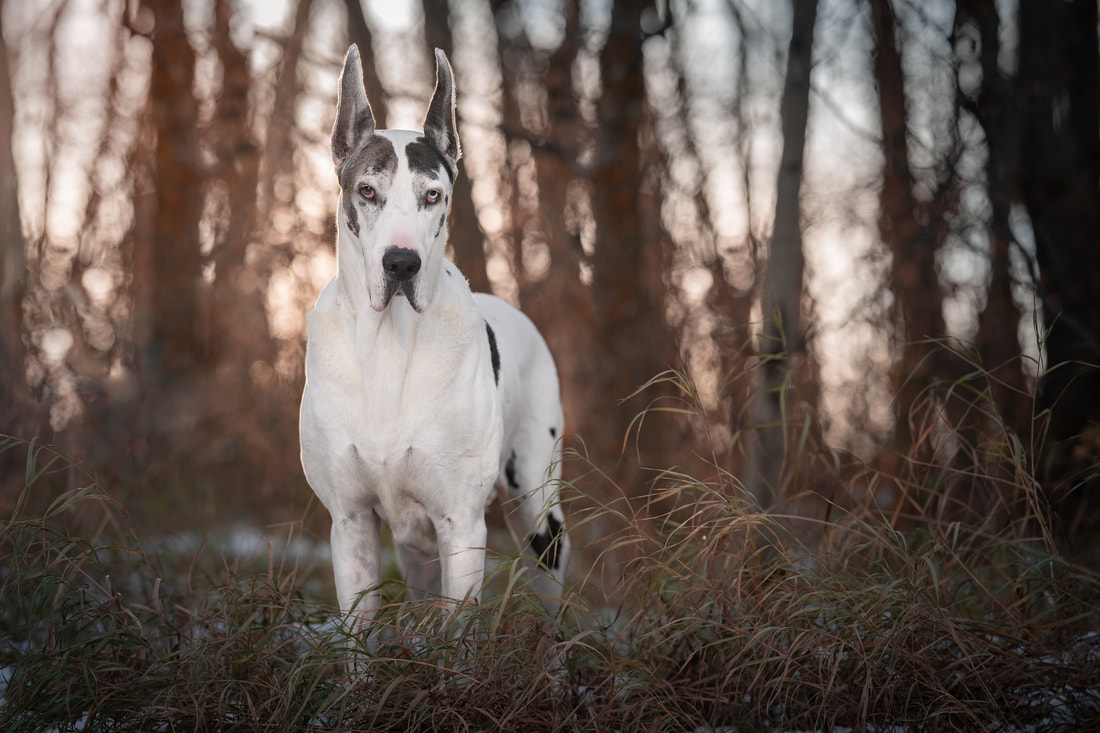 April 4th and 6th, 2014 - Gracie earned two Select Bitch placements over some lovely competition giving her 3 points towards her GCH.  Due to an injury in May of 2014 I will be unable to finish showing Gracie to obtain her GCH title which I am sure we would have obtained within the year.

August 1st, 2014 - Gracie earns her CGN (Canine Good Neighbor) title.  Very proud of her doing the required 3 minute stay with a stranger while I was out of sight, as that truly was stretching her umbilical cord being such a mommies girl ;)

October 28th, 2015 - Gracie blessed me with a beautiful litter of 11 puppies. Two mantle Merle females, four harlequins and five mantles.  Gracie proved to be a wonderful devoted mother and continues to watch over her daughter Gypsy who has remained with us at Against The Grain Danes.﻿﻿

March 24th and 26th, 2017 - Gracie and I earned two qualifying rally novice scores in Camrose, Alberta.  We will try for her third qualifying score at the Edmonton show in the beginning of June in hopes of a new title.

August 3, 2018 - Great Dane Club Of Canada WD National Specialty - Gracie at just 2 months shy of 9 years old came out to play in the GDCC WD's National Specialty Rally and Obedience trail under judge Michael Calhoun, and in the words of the judge "Today the old gray mare kicked your butts"
I could not be more proud of my Gracie who won the HIT (High In Trial) with a score of 97 out of 100 and a time of 1.33 seconds, the course allows for 4 minutes. 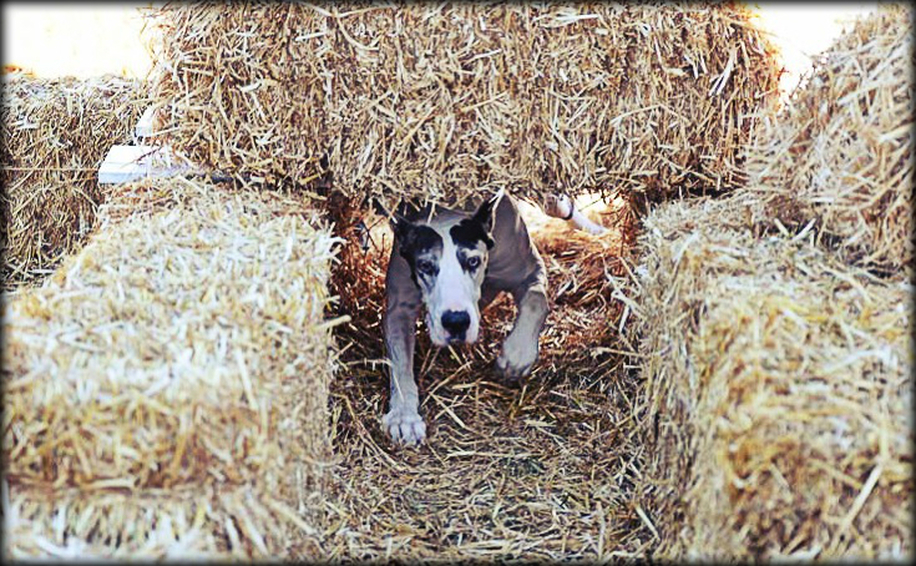